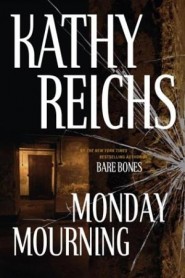 The secrets of the dead are in her hands.

The bones of three young women are unearthed in the basement of a Montreal pizza parlor, and forensic anthropologist Tempe Brennan has unsolved murder on her mind as she examines the shallowly buried remains. Coming up against a homicide cop who is convinced the dead have been entombed on the site for centuries, Tempe perseveres, even with her own relationship with Detective Andrew Ryan at a delicate turning point. In the lab, the clean, well-perserved bones offer few clues. But when Carbon 14 confirms her hunch that these were recent deaths despite the antique buttons found near the bodies, Tempe’s probing must produce answers quickly to stop a killer whose grisly handiwork has seen the light of day.