An Evening with Kathy Reichs 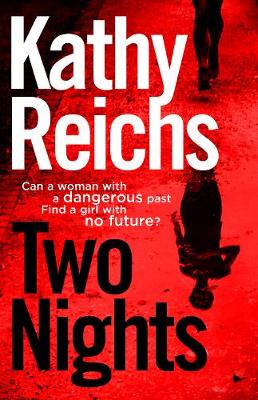 With 30 million books sold and a fascinating career as one of the world’s leading forensic anthropologists, Kathy Reichs’ novels have an authenticity other crime writers would kill for. Now, after 19 Tempe Brennan novels and the hit TV show Bones, comes Kathy’s first stand-alone thriller ever, Two Nights.
From teaching FBI agents how to detect and recover human remains to separating and identifying commingled body parts in her Montreal lab, as 1 of fewer than 115 forensic anthropologists ever certified by the American Board of Forensic Anthropology, Dr Kathy Reichs has brought her own dramatic work experience to her mesmerising forensic thrillers. Kathy has travelled to Rwanda to testify at the UN Tribunal on Genocide, and helped exhume a mass grave in Guatemala. She has also worked on the identification of war dead from World War II and Ground Zero after the 9/11 terrorist attacks. Her first novel Déjà Dead catapulted her to fame when it became a New York Times bestseller. She was also a producer of the hit TV series Bones, which was one of the most successful programmes in Sky Living’s history. Two Nights introduces the world to Private Investigator Sunday Night, a psychological and physical force as dangerous as she is brilliant.
Kathy will be in-conversation with novelist and crime fiction reviewer Laura Wilson

Tickets cost £8/£6 with a Waterstones Card and include a glass of wine/soft drink and £3 off the price of the book on the evening. Tickets are available in store, online and by Phone. Any questions or queries please do get in touch.