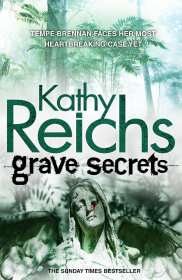 In the searing heat of Guatemala, Dr Temperance Brennan excavates the remains of a two-year-old child from a site that is said to contain the bodies of twenty-three women and children. Shaken by the discovery, Tempe tries to harden herself against the horrors that she finds. And then four young girls go missing from Guatemala City.

When a skeleton is found in a septic tank at the back of a rundown hotel, only someone with Tempe’s expertise can deduce who the victim was and how they died.

But her path is blocked at every turn. It would seem that some people would prefer that Guatemala’s ‘disappeared’ stay buried. And others want the missing girls kept the same way…