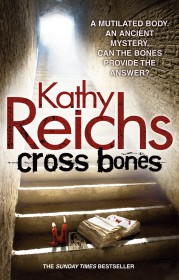 An orthodox Jew is found shot dead in Montreal, the mutilated body is barely recognisable.

Extreme heat has accelerated decomposition, and made it virtually impossible to determine the bullet trajectory.

But just as forensic anthropologist Dr Temperance Brennan is attempting to make sense of the fracture patterning, a mysterious stranger slips her a photograph of a skeleton, assuring her it holds the key to the victim’s death…

The trail of clues leads all the way to the Holy Land where, together with detective Andrew Ryan, Tempe makes a startling discovery – but the further Tempe probes into the identity of the ancient skeleton, the more she seems to be putting herself in danger…