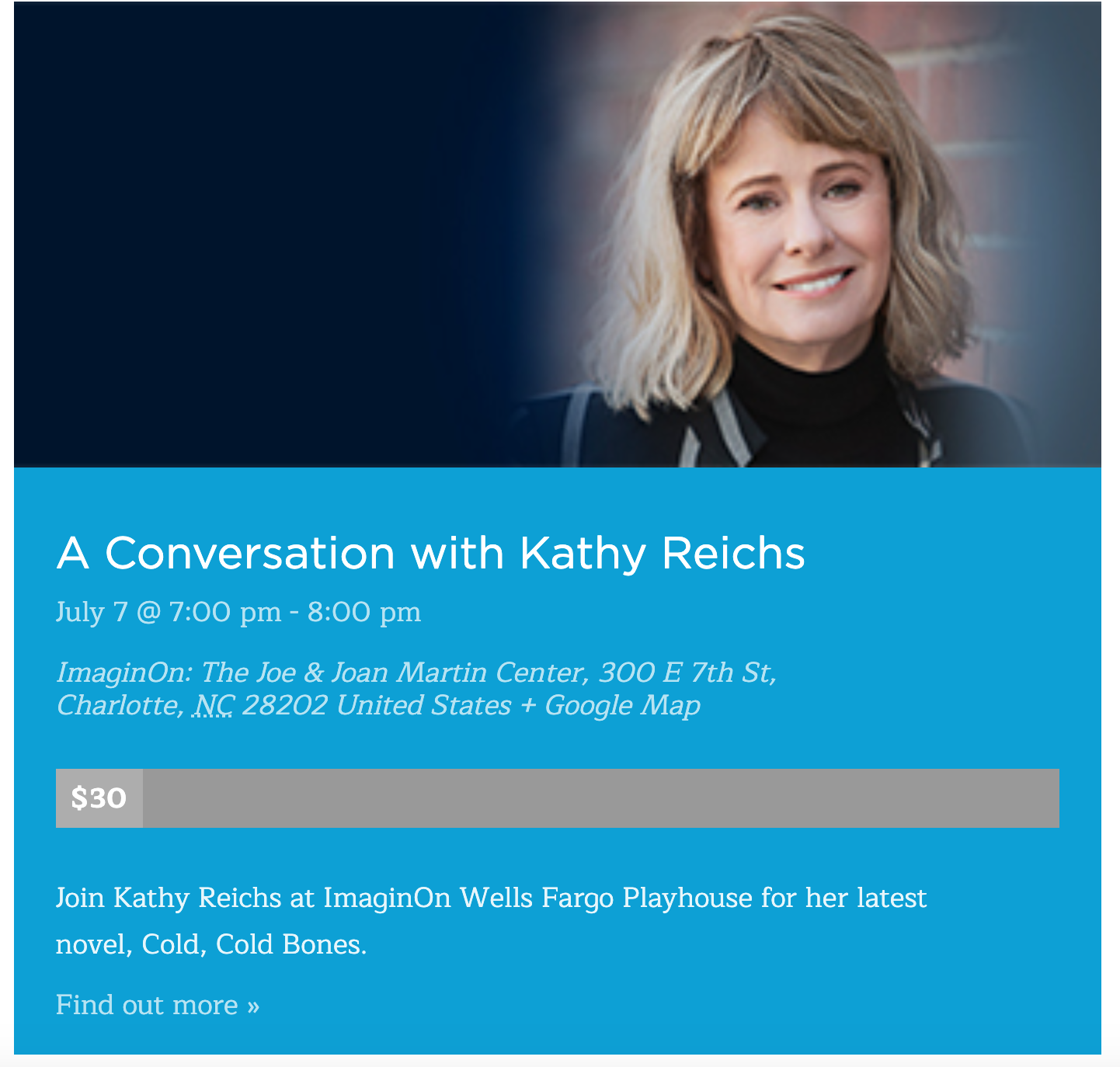 A Conversation with Kathy Reichs

#1 New York Times bestselling thriller writer Kathy Reichs returns with her twenty-first novel of suspense featuring forensic anthropologist Temperance Brennan who, after receiving a box containing a human eyeball, uncovers a series of gruesome killings eerily reenacting the most shocking of her prior cases. 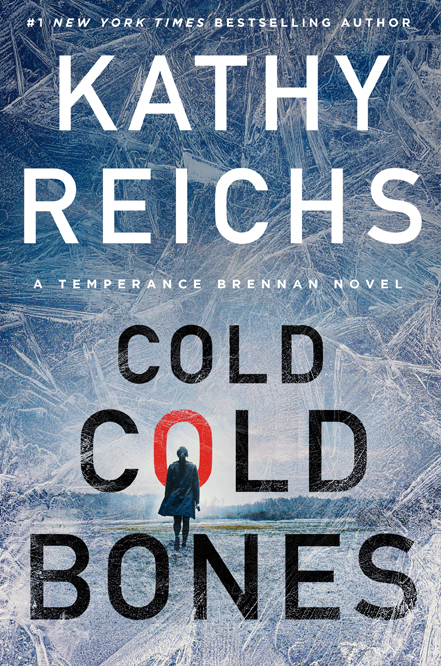 Winter has come to North Carolina and, with it, a drop in crime. Freed from a heavy work schedule, Tempe Brennan is content to dote on her daughter Katy, finally returned to civilian life from the army. But when mother and daughter meet at Tempe’s place one night, they find a box on the back porch. Inside: a very fresh human eyeball.

GPS coordinates etched into the eyeball lead to a Benedictine monastery where an equally macabre discovery awaits. Soon after, Tempe examines a mummified corpse in a state park, and her anxiety deepens.

There seems to be no pattern to the subsequent killings uncovered, except that each mimics in some way a homicide that a younger Tempe had been called in to analyze. Who or what is targeting her, and why?

Could this elaborately staged skein of mayhem be the prelude to a twist that is even more shocking? Tempe is at a loss to establish the motive for what is going on…and then her daughter disappears.

At its core, Cold, Cold Bones is a novel of revenge—one in which revisiting the past may prove the only way to unravel the present.

Join Kathy Reichs at ImaginOn Wells Fargo Playhouse on July 7 for the launch of her latest spine-tingling pagetuner.

From teaching FBI agents how to detect and recover human remains, to separating and identifying commingled body parts in her Montreal lab, as a forensic anthropologist Kathy Reichs has brought her own dramatic work experience to her mesmerizing forensic thrillers. For years she consulted to the Office of the Chief Medical Examiner in North Carolina and to the Laboratoire de Sciences Judiciaires et de Médecine Légale for the province of Québec. Dr. Reichs has traveled to Rwanda to testify at the UN Tribunal on Genocide, and helped exhume a mass grave in Guatemala. As part of her work at JPAC (Formerly CILHI) she aided in the identification of war dead from World War II, Korea, and Southeast Asia. Dr. Reichs also assisted in the recovery of remains at the World Trade Center following the 9/11 terrorist attacks.

Individual tickets are $30 and includes a signed book.

Additional copies of Kathy Reichs’ book will be available for purchase at the event. Proceeds benefit the Charlotte Mecklenburg Library Foundation.

Save the date! July 7th in Charlotte, North Carolina.  Kicking off my book tour with Charlotte Mecklenburg Library.  More details to come