Bones In Her Pocket 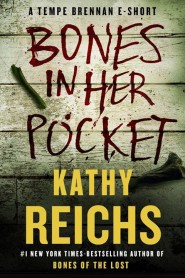 Dr. Tempe Brennan has seen it all. Human bones. Animal bones. Old bones. Young bones. Male bones. Female bones. What she hasn’t seen is all of them mixed together in the same case.

The foothills of North Carolina aren’t the only unfamiliar territory Tempe faces as she races to learn the meaning of the Bones in Her Pocket.

Multi-million copy, international bestselling thriller writer Kathy Reichs is an expert in forensic science, giving her fiction an authenticity other crime writers would kill for. Bones In Her Pocket also gives readers the first chance to read the opening chapters of Kathy’s new thriller, Bones of the Lost, out in August.