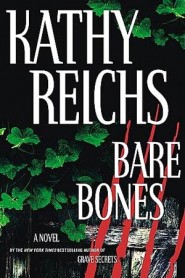 She works with the dead, but she works for the living.

“Down time” is not a phrase in Tempe Brennan’s vocabulary. A string of disturbing cases has put her vacation plans on hold; instead, she heads to the lab to analyze charred remains from a suspicious fire, and a mysterious black residue from a small plane crash. But most troubling of all are the bones. . . . Tempe’s daughter’s new boyfriend invites them to a picnic — a pig pickin’ — in the North Carolina countryside, where a cache of bones turns up. But are they animal or human? X-rays and DNA may link the crimes, but they can’t reveal who is closing in on Tempe and her daughter — and how far they will go to keep her from uncovering the truth.